Spring has sprung here in Wales, and we’ve already had a few sunny days to reacquaint ourselves with the pleasures of reading outside in the garden, park, or by the sea. Bliss. 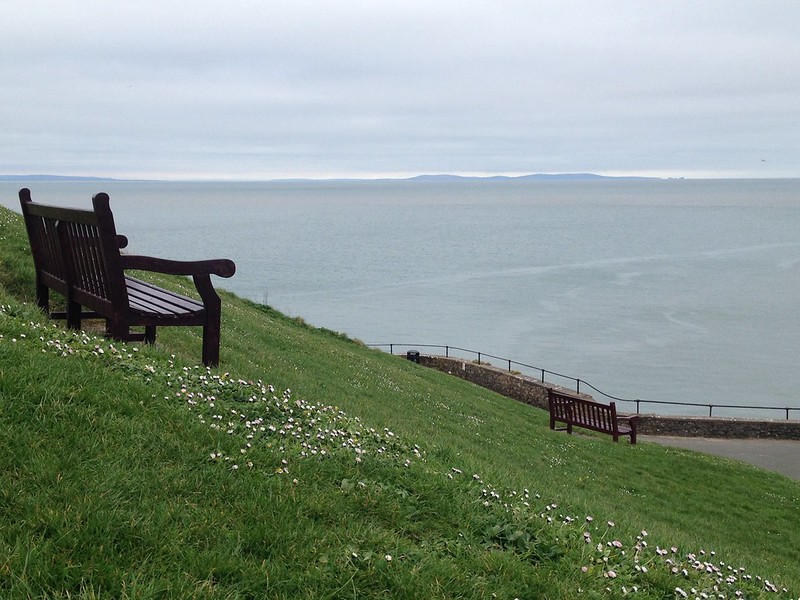 Left: one of my favourite reading benches in Tenby, Wales.

I’ve been getting on well with my research (more on that later), and in my spare time have been catching up with new releases in the ‘World Noir’ series from Europa Editions in New York. There are around 20 titles available from all around the globe (see below), of which I’ve now sampled three from France: Jean-Claude Izzo’s Total Chaos (translated by Howard Curtis, originally published 1995); Philippe Georget’s Summertime, All the Cats are Bored (translated by Steven Randell, first published 2009), and Jean-Denis Bruet-Ferreol’s (aka Mallock) The Cemetery of Swallows (Steven Randell again, first published 2012).

Izzo’s Total Chaos – ‘This first installment in the legendary ‘Marseilles Trilogy’ sees Fabio Montale turning his back on a police force marred by corruption and racism and taking the fight against the mafia into his own hands’. Beautifully written, it’s also the story of three boyhood friends – Ugo, Manu and Fabio – and the pursuit of justice in a tough, imperfect world. The novel has a very masculine feel, with women relegated to the role of victim, mother figure or prostitute-with-heart-of-gold, but I can forgive this, because it’s so very good, especially in its exploration of the migrant experience. I’m keen to get my hands on the other two now.

Georget’s Summertime – ‘It’s the middle of a long, hot summer on the French shore and the town is full of tourists. Out of the blue a young Dutch woman is brutally murdered and another disappears without a trace. Gilles Sebag finds himself thrust into the middle of a diabolical game. If he intends to salvage anything he will have to forget his suspicions of his wife’s unfaithfulness, ignore his heart murmur, and get over his existential angst’. Like Total Chaos, this novel quickly immerses the reader in its Mediterranean setting, while drawing the reader into a complex and compelling police investigation. See Bernadette’s excellent review over at Reactions to Reading.

Mallock’s The Cemetery of Swallows: ‘One day, Manuel Gemoni travels to the other end of the world to kill an old man. Manuel can only explain his bizarre actions by saying “I killed him because he had killed me.” Unable to comprehend why an ordinary family man would go to such lengths to murder a man he didn’t know, Police Commissioner Amédée Mallock decides to investigate. In order to save Manuel, Mallock must traverse the harsh tropical jungles of the Dominican Republic and the snow-covered streets of Paris’. I’ve just started this one, and am enjoying the intriguing nature of the case, the characterization of the investigator and the Dominican setting. There is a hint – just a tiny, subtle hint – of Vargas, but with the quirkiness dialed down.

In sum: this is a quality series, showcasing the best of classic and contemporary noir, and we are promised another three to four titles each season. It could be time to hide the credit card, especially as the novels are so beautifully presented. 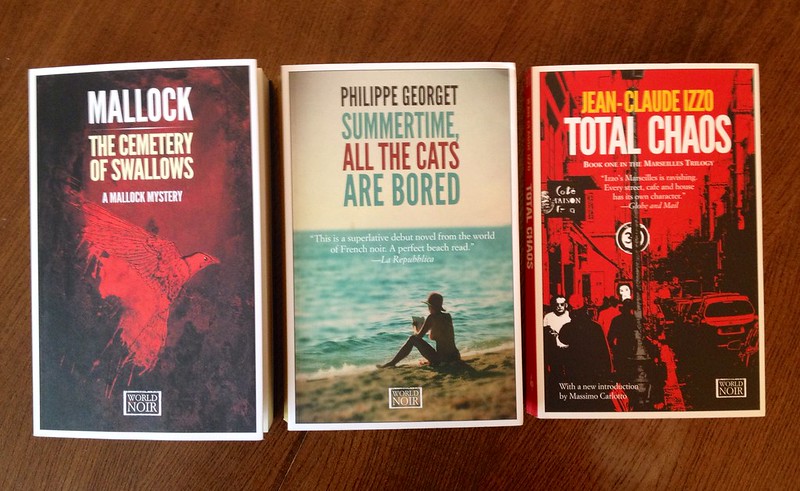 German crime research update: I’ve had a fascinating time looking at crime fiction under National Socialism. To my surprise, there was lots produced between 1933 and 1945, and it wasn’t greatly censored until 1939, when authors were instructed to produce crime novels featuring policeman as heroes of the state. However, only a few overtly referenced Nazi ideology, which suggests that crime fiction was viewed more as a benign form of popular entertainment than as a tool for indoctrination. The research carried out by Carsten Würmann has been invaluable for getting an insight into this period.

I’ve also been delving into the Soziokrimi (social crime novel) or ‘new German crime novel’, which emerged in the late 1960s, and was influenced by both the student movement and Swedish writers Sjöwall and Wahlöö. There are some very interesting texts that explore the social causes of crime and the negative impact of capitalism on society. While some are quite earnest, others use humour to get their message across: Horst Bosetzky’s 1972 Einer von uns beiden (One of the Two of Us), depicts a blackly comic battle of wits between a smug, middle-class professor and the working-class student trying to blackmail him. The 1974 film adaptation was quite successful, and can be seen in German on YouTube here. Jürgen Prochnow, the actor playing Ziegenhals, went on to star in 1981’s Das Boot.