Here are Mrs. Peabody’s 2019 Christmas crime fiction recommendations! Each is one of my top reads of the year, and will fit snugly into the Xmas stockings of all who’ve been good. Don’t forget to treat yourself, too!

Available from a wonderful local bookshop near you…

This novel was one of my most satisfying reads of the year. An in-depth character study of a family and their community, it’s also a page-turner that will keep you completely riveted for hours.

Cameron Bright is found dead in a remote part of his cattle station by the so-called ‘Stockman’s Grave’. The mystery of how and why he got there, and why his car is so far away become the subject of a police investigation. Cameron’s older brother Nathan, who owns the adjacent property, and his younger brother Bub both had complicated relationships with him, and further complexities and secrets soon start to be revealed. This is the third of Harper’s novels, and has a neat link back to her first, The Dry – but no prior reading or knowledge is required. If you’re feeling generous, leave both for your lucky reader under the tree.

I’ve just read The Honjin Murders, and immediately knew I had to add it to this list, because it’s the perfect gift for any fan of classic crime fiction or locked room mysteries. As an added bonus, it’s set in Japan! Plus: it’s the first in master crime writer Seishi Yokomizo’s acclaimed ‘Konsuke Kindaichi’ series, and the first to be translated (beautifully) into English.

It’s 1937, and the grand Ichiyanagi family is celebrating a family wedding. But that night, the family is woken by a terrible scream, followed by the sound of eerie music. Death has come to Okamura, leaving no trace but a bloody samurai sword, thrust into the pristine snow outside the house. It’s an impossible puzzle, but eccentric amateur detective Kosuke Kindaichi is determined to figure it out. 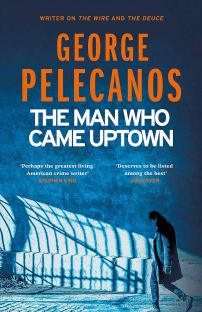 This quietly powerful crime novel interweaves the stories of three individuals. Anna Byrne is a prison librarian, who tries to better the lives of inmates through reading, and to broaden their horizons through regular book-group discussions. One of her readers is Michael Hudson, a bright young man who has gone off the rails, but is keen to go straight. When he’s suddenly released ahead of his trial, he’s relieved but can’t quite understand why. The answer lies with Phil Ornazian, a private investigator who regularly flirts with danger when making money illicitly on the side. Pelecanos was a scriptwriter for The Wire, and his characterisation of each of these figures is superb. The novel is also a wonderful homage to the life-changing power of reading. 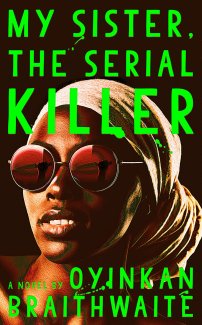 I gobbled up this wholly original Nigerian crime novel in one sitting. Korede is a plain, respectable nurse, who leads a neat and ordered life. Or rather, she would do if it weren’t for her volatile, beautiful younger sister, whose boyfriends seem to have a habit of winding up dead, and who expects big sis to sort everything out. I won’t give anything else away, but suffice to say that this is an arresting read, which deploys the darkest of humour to tell its story. The question at the heart of the novel is: how far would you go to protect a family member whose actions you know are criminal? It’s all very nicely done and a lot of fun.

It’s such a pleasure to step back into le Carré’s world and to meet a fresh cast of beautifully observed, but very human spies. Shown weaving their way through the complexities of modern politics as best they can, they soon learn that they need to keep a sharp eye on their own superiors as much as their adversaries elsewhere. Our guide to all this is Nat, an agent runner at the end of his career who’s asked to take over The Haven, a lowly substation of London General. He and a colleague begin to plan an operation targeting a Ukrainian oligarch, but then something strange happens… Light relief takes the form of regular badminton games with young Ed, an affable but somewhat mysterious figure who may be more than he seems. A completely convincing and gripping depiction of murky espionage shenanigans.

This accomplished novel tracks the fallout from a murder via the perspectives of three members of one family: a mother, a father, and a daughter who’s been accused of killing a well-connected, rich young man. An ostensibly ‘normal’ and respectable middle-class family – dad is a pastor, mum is a lawyer, and daughter Stella is unruly but bright – they are pushed to the limits by the stress of Stella’s arrest, detention and trial. The three points of view and family dynamics are beautifully handled, and there are plenty of surprises in store for the reader, even after the end of the trial. The novel is one of the submissions for the 2020 Petrona Award.

This isn’t a conventional crime novel, but rather a novel about a crime and what comes next. Romy Hall is serving two consecutive life sentences at Stanville Women’s Correctional Facility after killing the man who was stalking her. Through her eyes, we’re shown the reality and bleakness of American prison life, and through her recollections, we trace her early years in San Francisco and the events leading up to the killing. At the centre of it all stands ‘The Mars Room’, the strip club where Romy worked to provide for her son Jackson. The novel explores the circumstances that shape Romy as an individual, the choices she makes, and how larger forces outside her control (such as the justice system) shape her destiny. Beautifully written – and shortlisted for the 2018 Booker Prize.

The 2019 Petrona Award winner! The Katharina Code is one of my favourite things – a really gripping cold case. Every year, Chief Inspector William Wisting gets out his notes on the disappearance of Katharina Haugen, who vanished from her home twenty-four years earlier, leaving only a mysterious ‘code’ on the kitchen table, ‘a series of numbers arranged along three vertical lines’. This particular year, however, a development in another investigation finally moves the case on… An outstanding police procedural that takes established tropes – the cold case, the longstanding suspect, the dogged nature of police work – and combines them in ways that are innovative and fresh.

Himself takes us back to the good old, bad old days. It’s Ireland in 1976, and Mahony, a young man brought up by nuns in a Dublin orphanage, returns to Mulderrig, a tiny rural village he recently found out was his birthplace. He is the son of Orla Sweeney, who scandalised the village with her wild behaviour as a young woman, and who disappeared in 1950. With the help of the eccentric Mrs. Cauley and a host of benign spirits who waft through walls, he starts uncovering the hypocrisies, secrets and malign power dynamics of the village. Utterly original, beautifully written and often wickedly funny, this is a crime novel to savour.

Happy reading, and wishing you all a wonderful and very merry Christmas! 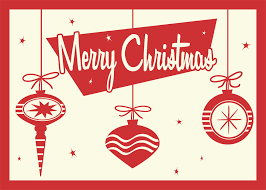