I hope you’re all in a summery mood and finding time for some relaxing crime fiction – novels that whisk you away from humdrum everyday life and morale-sapping political shenanigans.

Here are three that have done the trick for me lately. 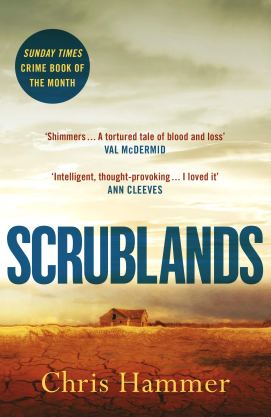 This debut novel, set an isolated Australian town suffering from drought, has attracted some rave reviews. It opens with a puzzle: why would charismatic priest Byron Swift open fire on his own congregation from the church steps one Sunday morning, killing five men? A year on, burned-out journalist Martin Scarsden arrives in Riversend to write a feature on the impact of the tragedy on the community, and is struck by how what locals say doesn’t always fit into the accepted version of events.

I really enjoyed Scrublands, although things went a teensy bit bananas in the end. Big pluses for me included the intriguing puzzle of Swift’s actions, the depictions of troubled journalist Scarsden and the embattled Riversend community, and an utterly gripping section on the battle to contain a bushfire. The rather irritating characterization of the (stunningly beautiful) love interest and an increasingly overloaded plot were less beguiling. In the end, there were enough twists and turns to fill three crime novels, and the chunks of exposition needed to explain these felt a bit intrusive. But overall this was a worthwhile and entertaining read, and very well written in parts. 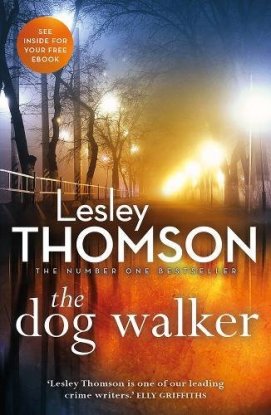 Lesley Thomson’s ‘The Detective’s Daughter’ series has become one of my favourites in recent years. I always enjoy the company of her quirky sleuthing duo, Stella Darnell (detective’s daughter and cleaner extraordinaire) and her sidekick Jack Harmon. In The Dog Walker, Stella and Jack investigate the 1987 disappearance of Helen Honeysett, a young wife who went for a run along the Thames towpath one evening and never came home. Suspicion immediately fell on one of her neighbours, but perhaps he was innocent after all? Thomson provides readers with an intriguing array of suspects living in a row of five riverside cottages (there’s a great little map at the front of the novel showing who lives where). The chapters set in the 1980s stand out for their narration of events from a child’s perspective – that of young Megan – and are extremely well observed.

If you’re new to this series, I’d recommend reading the series opener, The Detective’s Daughter, before you start this one. 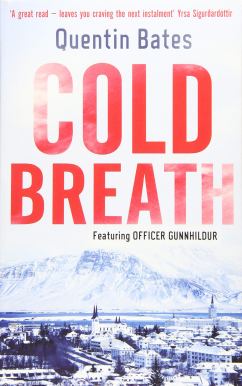 Another of my favourite investigators is Officer Gunnhildur ‘Gunna’ Gísladdóttir, a no-nonsense middle-aged Icelandic policewoman. In this, the seventh novel in Quentin Bates’ absorbing series, Gunna is placed in the unusual position of acting as a police bodyguard to Osman, a high-profile foreign guest. What should be a straightforward assignment turns into something much more serious when there’s an attempt on Osman’s life. The novel tracks events from the perspectives of the would-be assassins, those unfortunate enough to inadvertently get in their way, and Gunna and Osman respectively. The larger mystery of Osman’s identity hangs over proceedings as well. A thrilling plot, strong characterization and plenty of wry humour all make for a great read – and the novel’s Icelandic settings are evocatively drawn.

What stand-out crime novels have you been reading this summer? 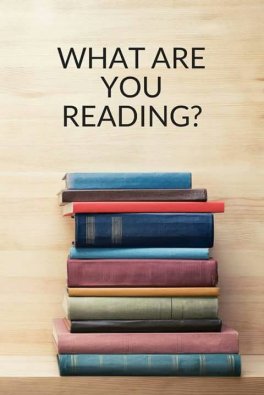