After a long, tantalising wait, the 16-part TV adaptation of Volker Kutscher’s crime novel Babylon Berlin is finally here. Directed by renowned director Tom Tykwer, this lavish £33 million German TV series – the most expensive ever made – airs in the UK this Sunday 5. November on Sky Atlantic. 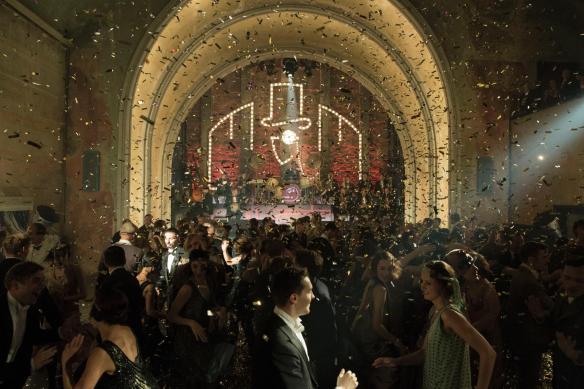 I’ve been lucky enough to see a preview of the first episode, and thoroughly recommend taking a look. This is ambitious, thrilling, grown-up TV, which brilliantly recreates the politically turbulent Berlin of 1929, and brings the decadence of Weimar society vividly (and I do mean vividly) to life.

Volker Bruch (Generation War) is a good choice for troubled police inspector Gereon Rath, recently arrived in the capital from Cologne, but for me the stand-out character is Charlotte (Lotte) Ritter, played by actress Liv Lisa Fries – the working-class girl fighting her way out of poverty by temping as a police stenographer, whose respectable exterior belies a very complex life. The first meeting between the two is a classic ‘unromantic-yet-oddly-romantic’ encounter involving some dropped photographs, which also made me laugh. 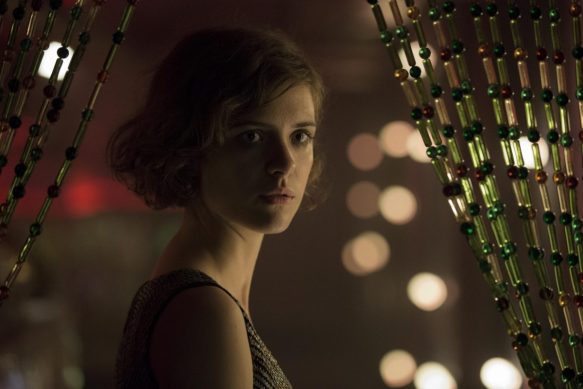 And then there’s Berlin. The creators have managed to bring an extinct dinosaur back to life – the impressive ‘Rote Burg’ or ‘Red Castle’ – aka the Berlin Police Headquarters near Alexanderplatz (there’s a shopping centre there now), and the depictions of the Vice and Homicide departments’ activities there are gritty and uncompromising. The aerial shots of the Berlin Mitte district and Alex are breathtaking, and I loved the stylish cinematographic touches, such the angled shot of a pair of ladies’ stockings floating from a window to Lotte in a courtyard below.

A shot of the Alexanderplatz from the series

If you’d like to read more about the series, then this Guardian article by Kate Connolly gives a good overview: ‘Babylon Berlin: lavish German crime drama tipped to be a global hit’.

If you’d like to get your hands on the original novels by Volker Kutscher, then head over to Sandstone Press, which has published the first two in English, translated by Niall Sellar: Babylon Berlin and The Silent Death.

And last but not least, here’s the trailer to whet your appetite.

Babylon Berlin, in German with English subtitles, airs on Sky Atlantic on Sunday 5 November. It should also be coming to Netflix at some point as well!