Gillian Flynn’s Sharp Objects (2006) and Dolores Redondo’s The Invisible Guardian (tr. Isabelle Kaufeler, 2013) are quite different in style, but have a number of features in common, not least their challenging depictions of mother-daughter relationships. 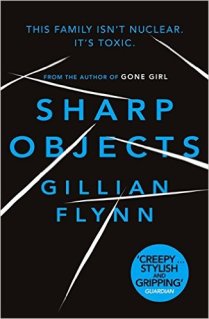 Both crime novels begin with the murders of a series of young girls or teenagers. The killings take place in or around a small town or village, and are investigated by a young woman who grew up there, but who left as soon as she could. In Sharp Objects, Camille Preaker is a Chicago journalist whose mother, stepfather and half-sister live in the town of Wind Gap, Missouri. She returns there for the first time in eight years when her editor sends her to report on the killings of two young girls. In The Invisible Guardian, Inspector Amaia Salazar is ordered to lead the investigation into the murders of two teenagers, and returns from Pamplona to the village of Elizondo in the Basque country, where her mother and sisters are still based. 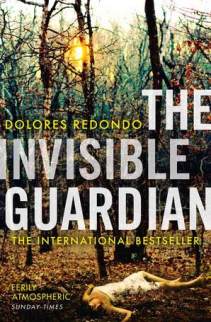 In the course of their journalistic and criminal investigations, Camille and Amaia are forced into close proximity with their families and to confront repressed childhood traumas. In particular, the novels portray abusive mother-daughter relationships in ways that are both unflinching and disturbing. In one, we are shown how abusive mothering is transmitted from one generation to the next. In the other, no rational reason for the abuse is ever shown, which is perhaps even more unsettling. In both novels, the daughters have to accept and somehow deal with the corrosive effects of their mothers’ extreme behaviour.

While both of these crime novels are excellent, they won’t be to the taste of all readers. Gillian Flynn, as I’ve noted in previous posts, is one of our most daring contemporary crime writers, who repeatedly takes on uncomfortable or taboo subjects such as self-harm. She often writes in the first person – as we see with Camille in Sharp Objects – and her protagonists are prickly and unconventional, or even downright unlikable. In this novel, Flynn creates an atmosphere dripping with Gothic menace, and piles on vivid physical detail to unsettle her readers. In the process, she dissects the suffocating, conservative nature of Wind Gap’s small-town life and shows how girls are pressurized to conform to gender norms in order to be accepted by society. Her other crime novels, Dark Places and Gone Girl, are equally challenging and rewarding reads. 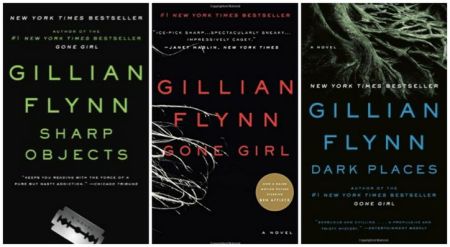 Redondo’s The Invisible Guardian can be categorised more straightforwardly as a police procedural and is written in the third-person. It creates a different kind of atmosphere, using the mists and forests of the Basque region along with the mythical figure of the basajaun to suggest that other-worldly forces are at work. (In this respect, the novel reminds me a little of Fred Vargas’ ‘Inspector Adamsberg’ crime novels, albeit without the quirky eccentricity that marks her narratives.) Like Sharp Objects, The Invisible Guardian is a hard-hitting novel whose depictions of gender and power relations will stay with you long after the story ends. It’s also the opening novel in the acclaimed Baztan Trilogy – the second novel, The Legacy of the Bones, is out now, and the Offering to the Storm is hopefully on its way.