Two TV crime dramas in the pipeline have recently caught my eye.

From the BBC press release: ‘A gripping four-part crime drama set in contemporary Australia, the series is inspired by the unsolved gay-hate crime epidemic that swept through Sydney in the 80s and 90s, known as the Bondi Beach Murders.

The drama unfolds after detectives Tori Lustigman and Nick Manning are assigned a brutal murder case. They uncover evidence that suggests the killing is connected to a spate of unexplained deaths, ‘suicides’ and disappearances throughout the 80s and 90s. Is this the result of shoddy police work, indifference, or something far more sinister?’

There’s a bit more info in this Guardian article by Steph Harmon. 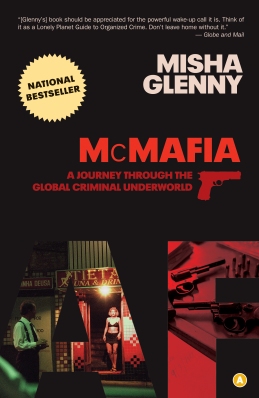 From the BBC press release: ‘Inspired by Misha Glenny’s bestselling book McMafia – a hard-hitting look at global crime – Hossein Amini and James Watkins have created a thrilling international crime drama that centres on one family in London.

James Norton (War & Peace, Happy Valley) will play the lead, Alex Godman, the English-raised son of Russian exiles with a mafia past.

McMafia charts Alex’s journey through a terrifying labyrinth of international criminals, money launderers, corrupt politicians and ruthless intelligence agencies. He finds himself embroiled in an underworld that stretches from London to Moscow, Dubai to Mumbai, Africa to the Americas; a battleground where Mexican cocaine cartels compete with Pakistani drug lords, Balkan smugglers and the Russian Mafia itself. What starts out as a story of survival and revenge becomes an epic tale of a man’s struggle against the lures of corruption in the modern world and in himself.

This fast-paced thriller is epic and intimate, glamorous and gritty, global in scale and forensic in detail. It delves into how, with the rise of globalization, the corporate has become criminal and the criminal corporate and how, driven by the global demand for cheap products, everyone is complicit in some way.

Regular readers of this blog will know that I’m a huge John le Carré fan (see my post ‘In praise of John le Carré‘), so I’m delighted that his autobiography The Pigeon Tunnel: Stories from my Life is now out with Penguin. Stacks of fabulous content has been released to promote the book, including an extract, readings from le Carré’s works by actors such as Rachel Weisz, and fantastic TV interview snippets. My favourite insight from the author so far: conflict makes for a good story (thus ‘the cat sat on the mat’ is not a promising start, whereas ‘the cat sat on the dog’s mat’ is).

le Carré will be reading extracts from The Pigeon Tunnel on BBC Radio 4 from Monday 12 September in the ‘Book of the Week’ slot.