Wondering what to get the crime lover in your life for Christmas? Here are Mrs. Peabody’s 2015 recommendations to help you out. As ever, they’re based on my own top reading and viewing experiences throughout the year and are designed to appeal to readers with all manner of criminal tastes. Available from a wonderful independent bookshop near you!

Sascha Arango, The Truth and Other Lies (GERMANY: trans. Imogen Taylor, Simon and Schuster 2015). For lovers of Patricia Highsmith with a contemporary twist. The central protagonist of this standalone crime novel is the novelist Henry Hayden, whose highly successful life begins to unravel when he makes a fatal error one night. Hayden is a darkly comic creation whose story – involving a talented wife, a demanding mistress and a floundering police team – is witty and entertaining. The author is a well-known screenwriter for the German crime series Tatort (Crime Scene) and you can read a bit more about his debut novel here. 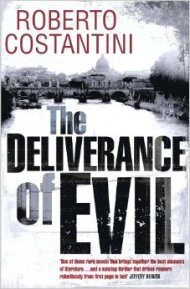 Roberto Costantini, The Deliverance of Evil (ITALY: trans. N. S. Thompson, Quercus, 2014). For lovers of complex crime fiction with strong historical, political and social themes. The first in the Balistreri Trilogy will keep its lucky recipient quiet for hours: a six-hundred page epic that spans twenty-five years of Italian history and tackles weighty issues such as religion, class and the legacy of Italian fascism, this novel is also a gripping murder mystery with an intriguing, morally flawed investigator – Commissario Michele Balistreri. Mrs. Peabody’s full review is available here. 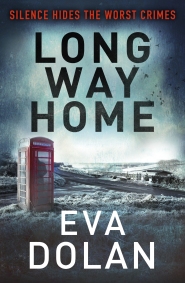 Eva Dolan, A Long Way Home (UK: Vintage, 2014). For lovers of fabulously well-written social crime novels. This police procedural explores migrant experiences in the UK in a timely and sobering way. Its main investigative protagonists, Detectives Zigic and Ferreira of the Peterborough Hate Crimes Unit – with Serbian and Portuguese heritage respectively – are both extremely well drawn, and the story, which starts with the discovery of a body in a burned-out garden shed, is gripping and believable. The second in the series, Tell No Tales, has also just been published…

Jørn Lier Horst, The Caveman (NORWAY: trans. Anne Bruce, Sandstone Press 2015). For lovers of top quality Scandinavian police procedurals. The fourth in the Norwegian ‘William Wisting’ series begins with the discovery of a four-month-old corpse in an armchair just down the road from the policeman’s own home. While Wisting investigates, his journalist daughter Line uses the case to ask some serious questions about society. Neither, however, are remotely prepared for where the case will eventually lead them. Elegantly written and completely gripping, this is Scandi crime at its best (and in my view it doesn’t matter where readers dive into the series). Mrs. Peabody’s interview with the author, a former police chief, is available here.

Val McDermid, Forensics: The Anatomy of Crime (UK: Profile Books, 2015). For those interested in the grittier, scientific side of criminal investigations. Not to be read directly before or after Christmas dinner. This fascinating book, written by crime author Val McDermid, accompanied the Wellcome Trust’s exhibition of the same name earlier this year. Taking us from the crime scene to the courtroom, chapters explore entomology (maggots), toxicology (arsenic most foul), fingerprinting, blood splatter/DNA, facial reconstruction and digital forensics. Grim, but genuinely illuminating, the book also pays homage to the investigators who use science to track down criminals and bring them to justice. Every contact leaves a trace!

Michael Ridpath, Where the Shadows Lie (UK/ICELAND: Corvus, 2011). For lovers of Icelandic crime and The Lord of the Rings. I’m late to the party as far as the ‘Fire and Ice’ series is concerned. In this opening novel, readers are introduced to Icelandic-born, Boston-raised homicide detective Magnus Jonson, who is seconded to the Reykjavik Police after getting on the wrong side of a drugs cartel in the States. Soon, he’s busy investigating the rather nasty murder of an Icelandic academic, while getting reacquainted with Icelandic culture and society. A highly enjoyable read that doubles as a great introduction to the land of ‘fire and ice’. 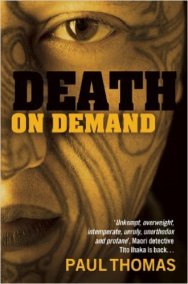 Paul Thomas, Death on Demand (NEW ZEALAND: Bitter Lemon Press 2013 [2012]) For lovers of maverick detectives and astute social commentary. Thomas wrote three novels in the ‘Ihaka’ series back in the 1990s. This later installment was published in 2012 and is often described as one of his best (it works well as a standalone, so having read the previous novels is not a requirement in my view). Highlights include the depiction of Maori policeman Tito Ihaka (‘unkempt, overweight, intemperate, unruly, unorthodox and profane’), an absorbing narrative and an insightful dissection of Auckland society. An extract from the opening is available here.

Sarah Ward, In Bitter Chill (UK: Faber, 2015). For lovers of absorbing, quality British crime fiction. This tremendously polished debut is set in Derbyshire and focuses on an unsolved case from January 1978 – the disappearance of two young girls on their way to school. Only one, Rachel, is found and she has no memory of what happened to her friend. Thirty years on, a suicide triggers a review of the case by the local police team and Rachel finds herself being drawn unwillingly back into the past. With a narrative that moves deftly between past and present, this novel is a compelling read with a great sense of place. A full Mrs. Peabody review is available here. 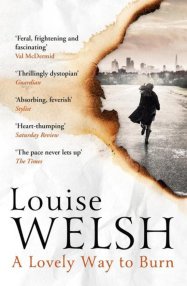 Louise Welsh, A Lovely Way to Burn (UK: John Murray, 2014). For lovers of dystopian or apocalyptic crime fiction. The first in the ‘Plague Times’ trilogy depicts a London engulfed by ‘the Sweats’, a pandemic that’s claiming millions of lives. But when Stephanie (Stevie) Flint discovers the body of her boyfriend, Dr. Simon Sharkey, it looks like a case of foul play. Stevie sets out to find out the truth behind Simon’s death and to survive – not necessarily in that order. An enthralling novel with a great heroine (and travelling by Tube will never be the same again). The second novel in the trilogy, Death is a Welcome Guest, is already out and is another fab read. 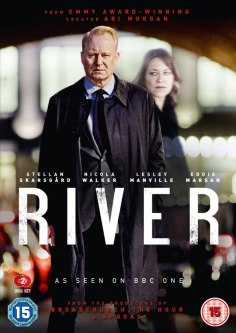 River (UK: BBC/Arrow Films, 2015). For lovers of quirky TV crime series like Life on Mars. This crime drama, which was written by Abi Morgan and recently aired on BBC One, was an absolute standout for me. It seems to have divided audiences a little – not everyone liked or ‘got’ the concept – but those who did were glued to the screen as police detective John River tried to solve the murder of his partner, Jackie ‘Stevie’ Stevenson, while being helped (or hindered) by a number of ‘manifests’ or visions of the dead. This crime series did something truly original: it explored the effects of a serious mental health crisis with compassion, intelligence and wit. The acting by Stellan Skarsgärd, Nicola Walker and the supporting cast was also top class. For a fuller appreciation, see here. And there’s a great interview with Abi Morgan about the experience of writing River here.

And lastly, on my own personal wishlist from Santa: 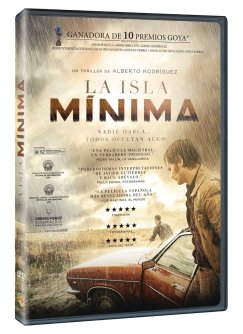 The film La Isla Minima or Marshland (SPAIN: Altitude, 2015), which has been called a Spanish True Detective and was the winner of ten Goya awards, including Best Director, Best Original Screenplay and Best Film. Here’s the blurb:

‘Spain’s deep-south, 1980. In a small village a serial killer has caused the disappearance of several adolescents. But when two young sisters vanish during an annual festival, their mother forces an investigation that brings two homicide detectives from Madrid to try to solve the mystery. The detectives are ensnared in a web of intrigue fed by the apathy and introverted nature of the locals. Nothing is what it seems in this isolated region and both men realize they must put aside their professional differences if they are to stop the person responsible.’

There’s a Guardian review of the film here.

Wishing you all a very happy festive season!