Big news this week: the sequel to Stieg Larsson’s acclaimed ‘Millennium Trilogy’ is well on its way. The cover and English title – The Girl in the Spider’s Web – were revealed by MacLehose Press on Monday, although its contents will remain firmly under wraps until publication on 27 August. Here’s what we know: the sequel is ‘based on Larsson’s universe and characters’, is written by Swedish writer David Lagercrantz; will be published in Sweden by Norstedts; is titled Det som inte dödar oss  (That Which Doesn’t Kill Us) and is currently being translated into 38 languages.

Like many, I have rather mixed feelings about the publication of the new novel. On the one hand, I thought the trilogy had a pretty perfect resolution and am not sure it could be bettered. On the other, I loved Lisbeth Salander and am keen to see how her story develops. I don’t envy Lagercranz the task of taking on such a weighty literary legacy – it must be hugely difficult to find a voice and narrative that are faithful to the original, but more than pure mimicry. I’m keeping my fingers crossed that he’s found a way through. For more information, see this Guardian article by Alison Flood.

There was another interesting article in The Guardian yesterday by Val McDermid, entitled ‘Why crime fiction is left-wing and thrillers are right-wing’ (thanks to Vicky Newham for flagging this up on Facebook).

In it McDermid argues (with help from Ian Rankin) that ‘the current preoccupations of the crime novel, the roman noir, the Krimi lean to the left. It’s critical of the status quo, sometimes overtly, sometimes more subtly. It often gives a voice to characters who are not comfortably established in the world – immigrants, sex workers, the poor, the old. The dispossessed and the people who don’t vote. The thriller, on the other hand, tends towards the conservative, probably because the threat implicit in the thriller is the world turned upside down, the idea of being stripped of what matters to you. And as Bob Dylan reminds us, “When you ain’t got nothing, you got nothing to lose.”’ 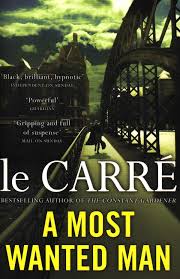 That got me thinking hard about whether these political distinctions hold up more widely. While I can think of plenty of examples to support McDermid’s argument – especially in the context of European crime – I can also think of a number of exceptions. Golden Age crime fiction is often thought of as being ‘conservative in style, setting, characterisation, subject matter and socio-political views’, with a dubious social order in relation to class, gender and race being restored at the end of the narrative (quote from Lee Horsley’s excellent chapter on ‘Classic Detective Fiction’ in Twentieth Century Crime Fiction, OUP, pp. 12-65, p. 39). Hard-boiled crime fiction features private investigators not known for their tolerance or diplomatic skills. They may well be critical of the status quo, but are often shown delivering violent, eye-for-an-eye justice rather than handing criminals over to the law so they can be properly put on trial. There’s an interesting discussion on these points in an article by Arlene Teraoka, which explores the lack of a private eye tradition in German crime fiction – arguably due to the P.I.’s fascistic tendencies – and the post-war preference for paternalistic police inspectors who guarantee a democratic social order (who also have their conservative sides…).

Equally, two exceptions in relation to thrillers spring to mind. John le Carré’s works are highly critical of the power wielded by governments and shady secret services, and repeatedly highlight the price vulnerable individuals pay in these larger political games (e.g. The Spy who Came in from the Cold, The Looking Glass War, A Most Wanted Man). I also read a very good Swedish thriller in the course of my Petrona judging duties that raises big moral questions about the conduct of national intelligence agencies in wartime – Joakim Zander’s The Swimmer.

In sum, different crime genres/subgenres are flexible enough to be employed for liberal or conservative political ends, and elements of both can even co-exist alongside one another in individual texts. But I’ll be bearing McDermid’s assertions in mind as I read on, to see if her distinctions hold up as current trends.

Update: Over on findingtimetowrite, Marina Sofia also muses on Val McDermid’s article and gives a wonderful overview of the Quais du Polar, at which Val’s comments were originally made. The post gives a summary of various crime writers’ views about writing on politics from the event; these provide a very nice counterpoint to this post – showing how crime fiction is used by many writers as a progressive means of critiquing and exploring the power structures of their societies.

Wishing you all a very happy Easter break filled with fluffy bunnies, chocolate and lots of crime fiction!